Advertising through the pay-per-click method is 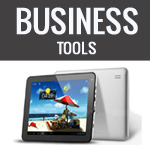 popular for many web users and it’s a process
whereby advertisers pay for the number of
clicks that have been made on a particular ad.

This is considered a viable advertising option because
the payment is done according to the number of views by web users.
This is cost effective in comparison to standard advertising rates where
blanket payments are made by the advertiser regardless of the number
of times the ad is viewed.

Pay per click advertising is a more affordable especially for small businesses
which often have lower advertising budgets. For those businesses that are not
using pay-per-click method, it is highly likely that their competitors have an edge by using it.
Search Engine Optimization commonly referred to as SEO is an online process of
enhancing the ranking of a website on search engines. SEO often does not incur huge
costs however it is does not guarantee that a site will instantly get premier ranking on search engines.
We will now focus on the merits and demerits of using pay-per-click methods of advertising.

Pay-per-click merits
This method of advertising is rather simple and it often has instant results.
Ads are set up automatically therefore advertisers do not have to wait for long
to have their products advertised. Also, once set up, the ads are immediately
available to web users. Companies are able to achieve immediate increase
in web traffic over a brief period.

It is a customizable type of advertising because the advertiser is able to narrow down
the target audience by providing the exact period and target location for the ads.
This means that advertisements will only be visible to a specific target group.

The conversion rate for pay-per-click advertising is superior to that of Search Engine
Optimization (SEO).  Advertisers are able to know exactly how many ad viewers have
actually purchased products.  This ultimately means that there is a greater chance
of turning ad viewers into actual customers.

As mentioned earlier, SEO does not always guarantee conversion rates because
websites may not necessarily rank highly. This is different from pay-per-click
advertising which immediate prominence giving it an upper hand.

Pay-per-click Demerits
Although payments are done according to the number of clicks, it disregards
the fact that many of the clicks may not be turned into actual sales.

Pay-per-click advertising is comparatively costly when compared to other forms
of online marketing. In the event that it is done over a long period of time, it could
lead to excessive use of financial resources.

Among the most notable demerits of this form of advertising is process of bidding for suitable
keywords and search items. In this case the person who places a higher bid is likely to have
an edge over you by getting ranked higher on search engine listings. This ultimately
means that you will have to invest more financial resources to get more clicks.

Yet another major demerit is the fact that there are plenty of pay-per-click scams as well as
cases of unintended clicks. In some cases your competitors may intentionally use clicking
software on your ad in-order to make you incur high costs without any gaining any significant conversion rate.
In some instances publishers make attempts to click the ads which are on their sites in order
to ensure that the advertiser continues to advertise. Web visitor commonly make the mistake
of clicking accidentally due to lack of attention to the content that they are viewing.

The writer is the proprietor of a number of ad-based sites and is also a contributor to other sites and blogs.
He likes to impart knowledge through his writing which mainly focuses on internet related advertising.
He contributes regularly to essayjedi.com