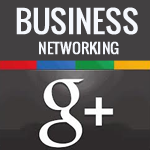 what with the social networking giant reported to have over
than 600 million active members.That doesn’t mean that other companies can’t offer a new social networking website that
offers a better experience that of Facebook.
While Google has tried a couple of times, and failed, the company’s latest
foray into social media, Google+, may just have an edge over Facebook.

Here are some reasons why you should switch to Google+ from Facebook.

Google+ is integrated tightly with other Google services
Google is not only known for its search engine, but also for its slew of services,
such as Mail, Docs, Calendar, YouTube and more. With Google+, the company builds
it so that it can be integrated into those existing online services. This means you will
be able to use Google+ to share content across those services
without ever leaving Google.
Google+ is easier to use
With Google+, you don’t have to tinker with so many settings that change every month or so.
With its “Circles” feature, you can manage your friend better, as it mimics real life more.
Furthermore, it is also easier to share and find content on your Google+ account,
because you search within your account using the “Spark” feature of Google+.
Want to delete your account and still keep your data?
With Google+, you can easily delete your profile but still keep all the data you have by downloading them all to your PC. Using the “Data Liberation” feature, you can download all your personal data from Buzz, contacts, Picasa Web Albums, Google profile, and even contacts. With Facebook, apparently your data will be kept by the company for a couple of months even after you deleted your account.Google+ offers better photo tagging
A feature that is equally loved and loathed by many, photo tagging is far from perfect in Facebook. But there’s one thing that makes Google+ better when it comes to photo tagging. In Facebook, you can’t control who tags you and your pictures will show up anyway beyond your control the next time. In Google+, when you tag somebody, the tagged person will be notified first – giving them the chance to remove the tag.

Google+ offers better privacy
Facebook has received so many flacks in the past for the way the company treats the privacy of their users. It is not unheard of that personal information of their users have in the past had been passed on to third party without the consent of the users. Google, on the other hand, is a more mature company that is seen as more trustworthy.

These are but some advantages that Google+ has over Facebook. It will take some time for Google to build its user base, but the company is known to be very persistent and things could only get better from here.