These days more and more CEOs keeping fit and 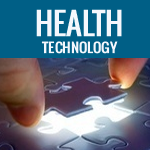 here is how you can do the same

It takes a certain kind of person to be the chief executive
officer of a major organisation. They spent the major chunk
of their lives fighting to win their position at the top of the tree.

They exist in a world of manic pressure where every result counts and
every mistake can cost them their job.  They live a life which has
hopelessly blurred boundaries between business, pleasure and domestic life.

They go to bed late yet rise at a time that most people would consider the middle of the night.
They timetable the time that they spend with their family. On many levels, the CEO lives a despairingly
unhealthy existence. Yet CEOs from major companies like AOL, MediaCom, NetFlix and Apple share
a common stress busting secret hobby – the gym – and increasingly the gym is becoming
the latest technological battleground.

CEOs and senior employees are used to using every technique and edge
possible to get ahead of the curve. They’re also super competitive as well
as data and performance driven. It’s therefore no great surprise
that these are the people that are leading the charge in the most rapidly
emerging sub-niche of technology – fitness technology.

Burntech.TV recently ran an article investigating the surge in popularity of fit tech
products, which shows that shipments are set to soar from 43.8m this year to nearly
60m by 2017.

This is only the start of the rise in this technology, with major manufactures like
Nike and Adidas rushing out new products, as well as fit tech market entrants
like TomTom and Under Armour entering the scene.

How CEOs are using fitness tech to help kill stress, get fitter and live healthier.

Fitness technology is a catch word for a whole host of technology which is used
to help people to measure their health and improve their fitness.
Leading CEOs typically rise early in the morning to attack the gym.
Many are using the below devices to get ahead:

They are used to track all of your daily activity, from your walking
right the way through to your sleep patterns.
The main aim is to help you to measure and understand your current
fitness in order to then set up a plan to improve it.
Popular devices like Nike’s Fuelband work with a companion smart
phone application in order to provide you with the output from
your activity. You can then share your daily activity through
social media, encouraging friends to get involved whilst
inciting some friendly competition.

BurnTech have phrased this as ‘social fitness’ and competitive CEOs are
using it to drive better performance in the gym.

Famous CEO ambassador: Tim Cook, CEO of Apple who has been spotted using a Nike Fuelband.
Great for: Anyone who works a stressful desk
job and who needs a gentle way to start doing more exercise

Heart Rate monitors:
Heart rate monitors are not especially new, but they have
evolved rapidly during 2013. This has been driven by new companies
emerging in the space, bringing fresh ideas, technology from other areas
and significant R&D budgets. Such companies include TomTom and
Under Armour, and this trend is set to continue with the heavily
rumored Adidas heart rate monitor / activity tracker in the pipeline.

Heart rate monitors track your heart rate during exercise, helping to direct your training routine.
New models from leading manufacturers like Garmin, include GPS functionality to map your
running route and smart trainers which act like a personal trainer to drive your fitness forward.
Like activity trackers, they typically come with companion software which
enables you to track your performance over time.

Great for: serious gym goers who are keen on going granular on performance and data metrics

So fitness tech has probably been the breakout genre in technology during the first half of 2013.
For technologically minded business people, fit tech can provide just the incentive that they need to get fitter. There’s an overwhelming bias between CEOs and gym-goers, and the reasons are plentiful.
Regular gym goers are healthier, more productive, rely less on stimulants and generally
get further ahead in the chosen careers.

BIO: Jamie Boyd is a staff writer for BurnTech.TV. BurnTech is a technology
publication which focuses on fitness technology.