The cloud is coming!

The cloud is coming! Everywhere you look, 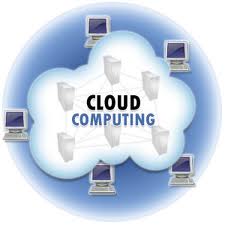 the virtues of cloud computing are being touted.
Ads, research reports, news stories and websites
are singing the praises of this technological
revolution.

The cloud powers iTunes and its millions of users.
Google’s selling a laptop that bypasses a traditional,
local operating system and plugs right into the cloud.
Countless start-ups are saving millions of dollars by building
products on a cloud infrastructure rather than
their own data centers.

Sooner or later, you’ll have to come to terms with this new paradigm
of computing. You will be asked – probably sooner than later – why
you’re not hosting applications and/or data in the cloud.

What is the cloud anyway?

Put simply, the cloud shifts the focus of computing away from your
computer or server. Instead, the computational or storage heavy-lifting
is handled remotely at a datacenter operated by a provider. This business
model might sound vaguely familiar. It’s similar to how the electric
company delivers power to your home, except a cloud provider delivers
computing power rather than electrical power. It also means computing is
less a product and more of a service. A billable service, to be specific.

This still sounds familiar…
The idea of “renting” computer resources isn’t new. Back in the days of
mainframe computers, companies, researchers and students had to buy
time to run their jobs. Such timesharing was common in the days before
there was a PC on every desk. Today, cloud computing is possible thanks
to ideas hatched 40 years ago – and to huge advances in networking and
the availability of bandwidth.

The concepts behind cloud computing are easy to grasp. Implementation
is another story. Here are five areas to think about before the cloud envelops
your organization:

Network capacity
You’ve probably paid a lot more attention to your local area network than the
wide area network over the years. When computing shifts to the cloud, you’ll
need to make sure your WAN pipes are up to the job. Cloud computing involves
shuttling a lot of data to your users from a remote datacenter. You’ll not only
need a lot of bandwidth but also a low-latency connection.

New points of failure
The introduction of a new computing architecture means the introduction of
new potential failure points. If there’s a problem, it could be caused by a specific
app, the network or the cloud provider. If it’s an issue with the provider, you’ll
have to open a ticket with that company to get it resolved.  You’ll want to make
sure your service-level agreements are in place – and that your contract with the
provider includes the support that your users need to do their jobs.

Disaster recovery
The shift of computing power from your local control to a service provider will
likely mean a big revision to your disaster recovery plans. You will have to take
into account all that can go wrong with the provider as well as your local offices.

Budget
Most likely, your accounting department will have to pay for cloud computing
services out of a different part of the budget. In the new world of cloud computing,
the addition of capacity won’t involve the purchase of new servers or networking
equipment. Instead, you’ll see a bump in your monthly bill from the provider.
Basically, you’ll see an increase in your computing “rent.”

Keeping everything in synch
Whether you use the cloud to store data or host applications, you’ll need to figure out
how to keep everything synchronized. In some ways, the job becomes easier with the cloud.
Once you’ve done an update to an application, for instance, all users who access it via the
cloud will have instant access to the latest version. It becomes trickier when you need to
synchronize applications and data between different cloud services, or between a physical
data center and the cloud.

Like any new technology, the cloud promises advantages and headaches. With advance
planning – and lots of testing – you’ll be able to maximize the benefits and minimize the
problems when it’s time to shift into the brave new world of cloud computing.