Artificial Intelligence was once the topic of little more than science fiction; an idea bemused about in novels, television shows, radio, and film. But with major tech companies such as Microsoft, Google and Apple working very seriously to create more sophisticated AI, their inevitable debut into the world of business is close at hand.

In some ways, this may be highly beneficial: automated tasks and basic customer interfacing can be made considerably easier through the use of AI. But better artificial intelligence also means that hackers will also be gaining an edge; more complex programs mean better opportunities to steal data and exploit weaknesses in infrastructure that just isn’t up to modern standards.

While there are areas of AI you should be cautiously optimistic about, there are some problems you’ll want to start planning for sooner rather than later.

AIs Make the Hidden Obvious
Hiding things from people is one thing, but hiding them from a machine is entirely different. For instance, web pages and addresses that aren’t normally meant for public viewing can be very difficult to locate for mundane users and even experienced hackers.

Artificial intelligence is and will be able to perform numerous simultaneous tasks at once that will easily expose any flaws or hidden information that would normally be virtually invisible. Stored company data, including things such as passwords and contact information, can and will be gathered by custom AIs.

Having anything you don’t want immediately accessible encrypted is the first early step to take against losing any important data. There is a problem that you’re going to run into.

Low-Level Encryption Won’t Cut It
Breaking encryption takes time, but higher levels of encryption also come with higher costs. Right now, most cybercriminals simply don’t have the time to invest in cracking any types of encryption because there are easier targets available. Why rob a bank with a vault when there’s a bank with nothing but a rusty padlock right next door?

AIs are going to change that because they aren’t time limited in the same way people are. Machines don’t need to rest or sleep, and they don’t have a single point of operation to slow them down.

Take companies and individuals that use Virtual Private Networks to secure and centralize their online activity; those that aren’t invested in VPNs using military grade encryption are likely to suffer consequences much more immediately when AIs become more prevalent and accessible. The tasks a hacker takes an hour to do now could take seconds for an advanced AI.

The unfortunate reality is that there will always be an arms race with hackers and businesses trying to protect their data, so keeping up with the latest improvements to security is and will continue to be essential. 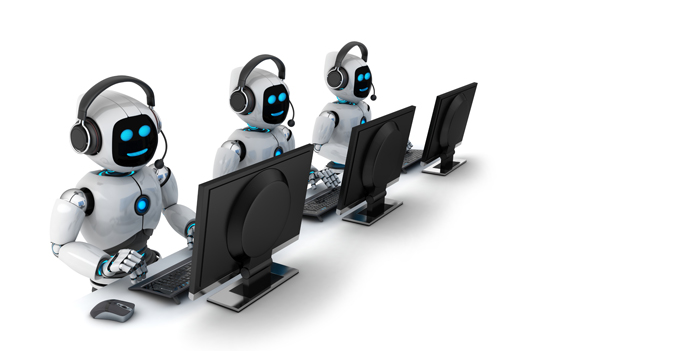 Customer Service Will Change
Any business that has grown into success knows that dealing with customers is paramount to growth and survival in the competitive market. The use of automated phone services is one such way businesses have discovered to help reduce face time and call volume coupled with a company website and social media service.

AI presents a new challenge to businesses because it can help alleviate some congestion in the customer service department by handling customer problems on its own. This will create another problem in turn: a need to supervise artificial intelligence “agents” to ensure they are doing their job as well as their human counterparts.

The introduction of mechanical employees means creating new positions in the company to monitor and maintain the system to prevent events similar to the one Microsoft unleashed in 2016.

Poorly Programmed AI Causes Problems
Those familiar with Microsoft’s blunder may be familiar with just how large of a PR disaster the introduction of the AI known as Tay turned out to be. Designed to mimic a teenage girl’s personality, Tay was introduced into the net to observe how an AI would learn and interact with other internet users.

Things couldn’t have gone more wrong: within a short time, Tay had picked up on some of the internet’s less savory habits and was observed demonstrating support for Hitler and bizarre conspiracy theories over Twitter.

The moral of this story is easy enough—any instance of artificial intelligence needs to be properly vetted by the company planning to use it. As I said above, AIs need a certain degree of surveillance until they’ve been proven to perform their role effectively. They are, in a sense, not very different from regular employees, but with considerably less “common sense.”

The current consumer experience with artificial replacements for human employees is nothing short of negative; automated services tend to make customers wait longer than they would if dealing with a human and they don’t respond well to consumer feelings or frustrations.

That may very well change with artificial intelligence because unlike the pre-programmed responses of an automated service, AIs possess the ability to reference previous knowledge with new situations and like humans, make informed decisions.

The caution here is to avoid assuming how your customers will respond to the inevitable introduction of AI. Instead, offer customers the choice to interface with or avoid interfacing with your future artificial customer care representatives. Gauge their reactions and adjust course accordingly.

An appropriate comparison might be the self-service checkout lanes steadily being introduced at retail outlets. Their introduction didn’t mean the end of regular checkouts, but it changed the experience fundamentally both for stores and customers. The same thing is certain to occur when you begin utilizing AI for the benefit of your business and your audience.

Stay Open-Minded
The future of AIs is far from certain, but the fact that you will almost certainly need to deal with whatever incarnation of artificial intelligence that does end up appearing isn’t changed by that. At this point, your best bet is to begin researching the current AIs available, what they can do and then begin plans about how their services could benefit your company.

Remember: change isn’t always for the better, but change itself is guaranteed.

About the Author: Caroline writes on a variety of tech-related topics, from internet security to future technologies and their applications in business and private use. As a lifelong learner, she advocates staying up to date with the latest ideas and inventions to keep from being left behind. You can read more of her work at http://www.securethoughts.com

Home » Business » 5 Reasons Businesses Should Be Concerned About AI
a

Home » Business » 5 Reasons Businesses Should Be Concerned About AI
a