The requirement for programmers in the 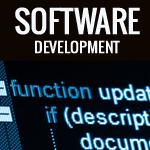 IT sector is increasing at a rapid pace.
The US Bureau of Labour Statistics conducted
a survey and has concluded that, in the past seven year
the IT programming sector has grown by 8% Year on Year.

On an average, A programmer at the top of his or
her game can command a rate of up to $300 per hour.
To draw such a salary and to become a good programmer
in the current booming job market, you need to become
a jack of all trades; that is you need to know many programming languages.

We have listed the Top 10 languages that every
Software Engineer should aspire to know in the year 2015.

1. Java – One of the most popular languages till date, Java is not only used in modern backend (behind-the-scenes) coding, but also used in the development of native Android apps. This makes it versatile and can be used where responsive sites and applications are required to run on both static as well as mobile platforms. Java also provides stable frameworks to work on making it more robust and acceptable.

2. JavaScript – An attractive front-end is the need of the day for all applications, whether they are to run on laptops or smartphones. JavaScript is heads above the others when it comes to manipulation of the front-end and infusing interactivity into your site. JavaScript comes with attractive frameworks like the Google Web Toolkit, jQuery, which can be leveraged to get good results.

3. C# – As Java is booming, so are Microsoft Technologies, and so, C#, another Object Oriented Programming Language, cannot be left behind. It is a must to know C# if you have to work on the Microsoft technologies platform. Whether it is Azure, or .Net C# is the base on which you can build these applications.

4. PHP – PHP offers flexibility and ease-of-use. PHP framework, which is based on MVC architecture, offers a wide array of useful tools. Popular content management systems like Drupal and WordPress use PHP as its base. So, knowledge of PHP is the need of the hour for every programmer.

5. C++ – A language similar to C, is primarily required when you want to directly talk to the hardware. So, if you are working on systems that have communication with hardware systems, C++ is the way to go. Being a low level language, C++ is best used to develop applications that are memory intensive or gaming applications that require hardware manipulation and control.

6. Python – A robust language is most used in applications which are data oriented and need manipulation and calculation of large amounts of data. So, most favoured by data scientists, Python frameworks can help develop user interfaces, web applications and applications that require data analysis and statistics.

7. C – A low level programming language comes with a very effective shell programming interface that can be used to manipulate kernels. So, applications that require monitoring and manipulating of hardware or require extensive hardware support need C. As a language it is small and powerful in addition to being fast and hence maintains its popularity even after being around for so long and with so many new languages coming up.

8. SQL – Structured Query Language, as the name suggests is used to send queries to the Database and get results as well as update the database. For any programmer, dealing with a database, a basic knowledge of SQL is mandatory. Complex SQL statements when executed correctly can give meaningful data from a complex set of tables and numbers.

9. Ruby – Ruby and Ruby on Rails provide a framework to develop prototypes for web applications as well as full- fledged applications. Ruby is a language that is easy to learn and is pretty straight forward, so grasping and using it is easy.

10. R – Last but not the least, R is a language that forms the backbone of Big Data. R is required to manipulate and get meaningful data for data analysts working on Big Data.

So, though we have listed out the top 10 languages for you, you may master a few of these but you need to know all of these to ensure that you become a good programmer.