Successful entrepreneurs win because of one reason: knowledge.
Knowledge of the market, of the user, and of the technology itself.
Knowledge is power and, in business, that translates to money.
However, entrepreneurs aren’t exactly known for superfluous free
time so it can be a struggle to gain all of the knowledge needed
to get ahead, especially in the tech world. 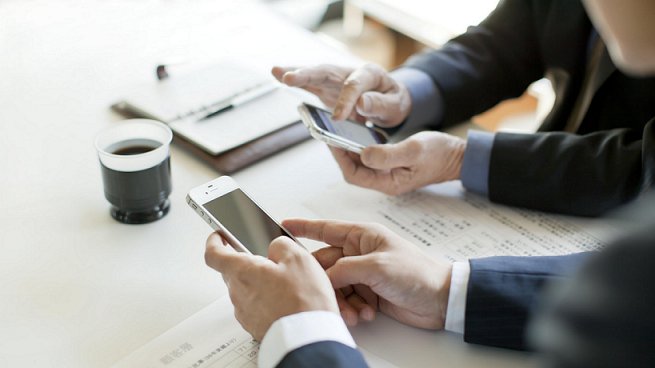 This post will cover three of the biggest trends in app technology today. It will cover not only what the technology is, but also how apps can leverage each trend to the best business advantage. So, here is a brief look at three app fields: iBeacon, Drones and Apple Watch.

This particular technology is extremely useful to app entrepreneurs (or ‘appreneurs’). Introduced by Apple about 2 years ago, iBeacon is an app protocol that can detect low energy (LE) Bluetooth signals. Basically, this allows retailers and other vendors to inform geographically local smartphones that X vendor is nearby.

Why is this important to the aspiring appreneur? While iBeacon transmitters won’t automatically push notifications to a smartphone, a smartphone can request notifications. When a user downloads an app, they can give permission to broadcast their location to relevant transmitters.

In the modern world of extremely targeted advertising, this creates a huge opportunity: namely highly customized ads built for individual users. One of the best ways to generate a large income off an app is by selling analytic data collected from an app; an even more refined tactic is to sell targeted data to advertisers. Not only do they get “smart” information, but the data is, in and of itself, worth more.

While an app can absolutely be developed to request data from any iBeacon transmitter, the smart strategy here is to request relevant information. As an example, if an app that targeted fashionistas wanted to truly maximize profits, they could create deals with the big names in the fashion industry; deals, coupons, sales and other notifications can be sent to users said app – as they’re walking past the relevant store.

This is real time advertising – a “hot” lead, so to speak. Obviously, there is huge revenue potential represented by this technology. App development companies are starting to get better at utilizing this particular tool, but it’s still in it’s infancy. That being said, its use is rapidly growing and it will soon become a common tool for digital advertisement.

Drones have been all over the news recently, generally in a negative context. As a technology, drones themselves are a tool, a tool with massive applications beyond the primarily combat scenarios in which we associate them today.

Drones and the associated tech are being accepted into the workings of everyday life. Drones can be extremely useful and even critical to a variety of global industries; but there is a lack of apps that properly leverage a drone’s usefulness. App technology can help industries like:

The Watch got a lot of flak when it was first released, and it wasn’t precisely undeserved. As a development platform, it was limiting and, frankly, kind of boring. The first iteration of the Watch constricted possible features to a degree where developers had a hard time creating apps that were useful or desired.

Fortunately, Apple realized that to continue on with the Watch as it was would lead to a dead platform. Tim Cook first mentioned the Watch OS 2 at Apple’s WorldWide Developers Conference (WWDC15) and the OS itself was released just a few weeks ago. What does it mean for appreneurs out there?

Clearly, Apple has spent sometime improving the Watch. Of course while the new OS is pretty good, the Watch desperately needs more apps. The OS 2 lets developers do a lot with this platform, but it has a reputation that it now has to overcome. That being said, wearable tech is definitely taking off and will likely be the next big wave in app technology.

It’s an exciting time in the world of app development. It’s easy to forget that app technology as we know it is barely a decade old. There is lot of growth potential and we’re only just tapping the surface of what app technology can accomplish.

Sakshi Sharma is working as mobility strategist at Software Developers India a Silicon Valley app and web design firm. Based in the heart of California, SDI offers amazing solutions for first time entrepreneurs, startups and enterprise. You might want to check them out. They can be reached either by email on team@sdi.la
or via telephone at 408.802.2885.