Closed-circuit TV (CCTV) cameras are everywhere these days.
They keep watch on consumers as they shop, bank and drive around town.
The electronic eyes police the streets for robberies, attacks and other
illegal activities. In schools, factories, airports and workplaces, they
monitor for problems and hazards more astutely than any human 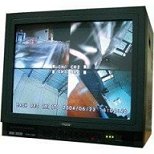 security guard can. You’ve probably seen footage from a CCTV on
the evening news when it’s caught a crime in action.

There are reasons for any business in any industry to invest in a
CCTV system. Besides keeping an eye out for crime, they can deter
unsafe activities, disruptive behaviors or illegal shenanigans.
You can’t be dozens of places at once, but a CCTV system can.

What is CCTV?
A closed-circuit TV system captures video from a camera and transmits the signal to
a specific monitor bank of monitors or a video recorder. Unlike regular television,
which is broadcast widely over the air, CCTV signals are only available to a specific destination.

CCTV systems have become commonplace in recent years. Cities such as New York and
London have cameras set up in subways and on street corners. Nearly every store in the
United States actively records the movements of shoppers. Home owners, fearful of burglars,
are setting up cameras so they can capture any problems.  At schools and the workplace,
cameras are constantly on the lookout for suspicious or dangerous behaviors and illegal activities.

Why does my organization need CCTV?
You can’t be everywhere. Your CCTV system can. You should consider CCTV if you are
concerned about theft, inappropriate or suspicious behaviors, or simply want to discourage
such activities.  Also consider how your organization will monitor video feeds from CCTV cameras.
Will security guards or existing staff be expected to monitor the feeds 24/7/365?
Or do you only need to record the feeds in case the video is needed for future reference?
If so, how far back should the video archives go?

In addition, several decisions must be made before your order a CCTV system.
For example, high-quality video will capture the facial detail of anyone caught on camera.
But such video needs more expensive cameras, and high-resolution video requires considerably
more storage than standard-definition video. Also remember that the network carrying high-
resolution data must be more robust than one carrying standard or low-resolution video.

Should I record or not record CCTV?
Some businesses find CCTV to be an effective deterrence even when the video is not recorded.
A store, for instance, can just show the live broadcast at the entry to remind potential shoplifters
that they’re being watched. That said, you won’t regret having a recording available if something
is captured. Here are some reasons why:

What about privacy?
The installation of a CCTV system often raises questions about privacy, whether the cameras are
installed on a city street, store, workplace or school. In most cases, the security benefits outweigh
concerns over privacy. In most cases, privacy questions can be resolved quickly by posting signs that
remind people that their actions are being recorded. If you are installing a CCTV system in a workplace,
you should explain the benefits and how the video will be used at employee meetings and in your employee handbook.