Laser printing is defined as an electrostatic digital printing process. 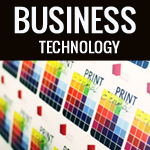 It produces high-quality text and graphics
(and moderate-quality photographs) by repetitively
passing a laser beam back and forth over a negatively
charged cylindrical drum to define a deferentially-charged image.

The drum then selectively gathers electrically charged
powdered ink (toner), and transfers the image to paper,
which is then heated in order to permanently fuse the text and/or imagery.

As with digital photocopiers and multi function/all-in-one inkjet printers, laser printers employ a xerographic printing process. However, laser printing differs from analog photocopiers in that the image is produced by the direct scanning of the medium across the printer’s Photo receptor.
This enables laser printing to copy images more quickly than most photocopiers.

IBM introduced the first laser printer in 1975 for use with its mainframe computers.
In 1984, Hewlett-Packard transformed laser-printing technology with its first LaserJet,
a compact, fast, and reliable printer that personal computer users could afford.

Now you might be curious why it’s better to invest on a laser printer than an inkjet printer? Because laser printer has the 3 P’s as its main advantage: Promptness, Precision and Price.

Promptness: Laser can move very fast, so it can print at a much greater speed than an inkjet. Laser printers are also known as “page printers” as they print documents a page at a time, and performs it at a very fast rate.

Precision: Laser beams has a consistent breadth, hence it can “draw” more precisely, without spilling any excess ink. The detail in the text and photos that are produced by a laser printer are generally of the highest quality.

Price: Even if laser printer prices are a little more expensive than a regular inkjet printer; they are known to be more durable. Their design is much more aesthetic and futuristic. This is allows the printer to work for a long time than an inkjet. Would you want to purchase a printer only to see it break down or die out after only a few months? Purchasing a laser printer might prove to be the better option in this regard as it will certainly help you curtail your costs.