Skip to content
Home » Business IT » Is COPE the new BYOD for Business?

COPE is a new Business Model for 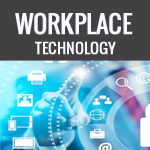 Mobility that represents a different way
to approach the employees-wanting-to-bring
their-mobile-devices-to-work problem.

COPE is totally different to BYOD

Instead of the way it’s been handled by most enterprises
thus far, with the BYOD model, or Bring Your Own Device,
COPE turns that on its head. COPE stands for Corporate-Owned, Personally-Enabled.

Simply put, in the COPE model, an enterprise provides its workers with mobile computing devices,
such as tablets, smartphones or notebook computers. It then allows those employees to take them
home, load whatever software they want on the devices, and so on, as if the devices were personally owned.

The COPE model can often be cost-effective, especially for larger corporations, since they can typically get devices at bulk or wholesale prices. The business still will technically own the devices, and will be responsible for the usage costs incurred. Yet the employees carrying the devices can use them wherever they might be, either on or off the job.

One of the advantages to the COPE model is that it makes an Enterprise’s Mobile Application Management (MAM) and mobile device management (MDM) initiatives easier to implement, since there’s only a few device lines to run these on. It also gives the company more power to safeguard the group’s data, in a legal sense and in a technical one as well.

But with the BYOD model, there’s still a big problem: keeping data where it belongs. IT folks still worry about devices that might get misplaced, aren’t secure enough, or that, heaven forbid, fall prey to a malware infection. Then there’s no way to be sure that corporate data stays safe in its containers on the user’s device, especially since in many jurisdictions it’s forbidden for a company to categorically wipe clean a device that it doesn’t own.

COPE gets around these challenges; if the company owns the device in the first place, then it can wipe the device regardless of what regulation might be in place. Also, since the device can be pre-loaded with software before giving it to the user, IT can easily add application-management and security protocols.

Should the COPE model be adopted, it would also ease the burden on enterprise support staff, as well. If every employee has the same hardware — or one of a few different models of hardware, at least — then that makes IT support’s job much simpler than having to support every possible platform a user might have. With the BYOD model, IT can’t possibly repair every device a user might have, and there really isn’t any way of telling if third-party support services are truly secure or not.

Yes, there are ways of reducing some of the issues with BYOD. You can keep lists of BYOD-approved devices, letting your employees choose their device only from that list of devices, and working with only trusted third-party support and service vendors. You can also keep all of your secure company data in a cloud, always accessing it through a cloud-based virtual desktop. This would reduce the risk were the device to be lost.

Hindrances still Exist
Unfortunately, despite the clear advantages to the COPE model, at least from the perspective of the IT shop, there’s still one major roadblock to its widespread adoption. If you guessed “it’s the users,” you’re a step ahead. It is the users, who would rather stay with BYOD and have things done their way. Their way or the highway.

But it really doesn’t have to be that way. You can still embrace COPE, IT can reassert the control they have to have in order to keep work and data processes secure, and with a little careful shopping around, they can still give everyone the shiny toys that everyone wants so much.

About The Author
Michelle Patterson is excited with the new technologies that are threatening to change the way we stay in touch and communicate, particular in business. She works with companies that are introducing these technologies to make understanding them easy for regular people.

Home » Business IT » Is COPE the new BYOD for Business?
a

Home » Business IT » Is COPE the new BYOD for Business?
a