It may seem like a lifetime ago — and in Internet time, 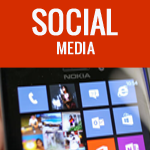 it really was — but there was a time when Friendster
was the only social network around
(and it was actually pretty cool), it took more
than 12 minutes to download a single song,
and the World Wide Web hosted
a whopping 3 million sites.

Today, the list of websites out there has almost reached 4 billion,
Facebook has more than a billion active users, and the average
song download is about 6 seconds. So how did we get to this point?
Here’s a synopsis of social networking’s humble beginnings,
and anything but gradual rise to dominance.

The Birth of Social Networking

The very first recognizable social networking site was sixdegrees.com.
Originally named MacroView, it encouraged users to list their friends and family
on the site, and connect through each other’s profiles. The site was named after the six
degrees of separation concept, and allowed users to view the in-depth profile details
and post to the bulletins of those in their first through third degree of separation.

At its height, the site had just over 1,000,000 fully registered users,
though it was possible to use the site without fully registering.
YouthStream Media Networks purchased it in 2000 for $125 million.

Its sole purpose was to connect people to each other. That’s it. Launched back in 2003,
it quickly had more than 3 million users. Believe it or not, that was a lot of people
back then. At a time when Internet Explorer ruled the browsing space with 95 percent of people using it,
3 million users on one site was pretty impressive.

MySpace Brought Things up a Notch

The next notable trend in online social networking quickly became the hottest
site on the web, and was (at the time) a force to be reckoned with.
At one point, it actually had more average page views than Google in the US.
MySpace was unique to its predecessors in that it allowed users to create a
profile page that was completely customized to their preferences.
It featured a blog section, and was a platform for browsing and sharing music.

MySpace was extremely influential in the early careers of aspiring musicians.
Early 2008 marked a huge decline for the social networking giant when Facebook
surpassed it in unique worldwide visitors. In 2011, Justin Timberlake teamed up
with Specific Media Group and quickly began rebranding the site into a musician headquarters.

It seemed during this time that advertisers were aware of the potential of tapping
into these networks, but were unsure how to go about it. While all these sites
featured ads, it wasn’t long before now-giant Facebook came into the picture,
and took the social networking and marketing relationship to an entirely new level.

When Facebook galloped into the lives of consumers back in early 2005,
it put into motion a clear, pointed shift in marketing strategy.

The most obvious and notable shift is that users are now communicating directly
with brands, and actually fueling campaigns for them. Every company that has any
kind of online presence has a Facebook account, and most use them to promote their
advertising initiatives. Companies can post information about their products,
and encourage users to share with their friends — which they often do.

It’s now absolutely crazy to not participate in social media as part of a company’s
marketing strategy. Now, it’s more important than ever for businesses to monitor
and control information that is out there on the Web.Michael Fertik, CEO of Reputation.com,
has the resources and know-how to achieve successful reputations online.

As Facebook has inundated our social lives, so it has inundated the world of marketing.
When a customer has a less than satisfactory experience at a restaurant, it’s only
natural for them to tell their friends about it. Facebook and other networking
sites open up the possibility to share this experience with thousands, whereas
just seven years ago, they would have been limited to telling their close-knit
circle of friends about it.

Simply put, consumer buying decisions are now made with a number of factors
considered, but most markedly through social networking platforms. Facebook and
its competitors have very specifically changed the way we communicate, and in
turn changing the way we act as consumers.

Home » Featured-Articles » Social Media: Not Just for Communication Anymore
a

Home » Featured-Articles » Social Media: Not Just for Communication Anymore
a