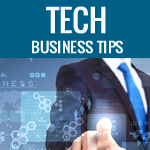 Your software sandbox is where applications
can be developed, tested and run without
disrupting your business.

You can think of it as a place where your software developers
can work and play without a negative impact to your business.
Changing software on your live system is a good way to get some bad press.

Clint Boulton reports in the Wall Street Journal that a recent grounding of nearly
2,000 flights by American Airlines was likely due to poor software testing.
That’s not the kind of headline you want to see about your business.

A Safe Place to Play

A sandbox can be a physical or virtual environment.
You can create a copy of your live computing environment, but with
no connections back to your production system.

Applications can fail, crash and corrupt data without affecting your live system.
Within some types of software, such as a Java environment, you can create boundaries within
which the software can be tested without harming anything outside of the boundaries.

Both the physical and virtual environments accomplish the same thing.
They allow software to be run without harming your live system.

Development and Testing in the Sandbox

The sandbox is the perfect place to develop and test new software and apps.
For instance, new apps can be developed for the smartphone and tested on BlackBerry,
iPhone or Android devices. If you have a BYOD (‘bring your own device’) environment, you can
test the impact of different devices on your environment before approving their use.
Some software methodologies include the use of a sandbox in their best practices.

Releasing Apps and Plug-Ins in a Sandbox

A virtual sandbox can be employed when developing new browser plug-ins.
When implemented, the plug-ins will run in their own environment,
and not impact other plug-ins in the user’s browser. This is another way to isolate software
and restrict where it runs. This reduces conflicts and the risk a browser
may lock because of competing plug-ins.

The American Airlines issue may have been caused by poor
testing of a software upgrade. Any upgrade or patch you receive from a vendor,
or you create in-house, needs to be thoroughly tested. Some companies will take shortcuts
because “it’s just a little fix,” only to discover they have disabled their entire
order processing system by not testing the fix first.

A sandbox is a great place for your R&D team to try out new ideas. Sandboxes
are often destroyed and rebuilt, because developers want to answer the question,
“I wonder what would happen if I did this.” When not burdened with the safety
of your production system, developers are free to create new and innovative software and apps,
especially when things like BlackBerry EMM come standard with the newest generation of smartphones.

A Part of Your Business Plan

Including a sandbox in your software environment plans fosters creativity
while protecting your production environment. It gives your software team a place
to work with software that could put your company at risk of expensive downtime.
Utilizing virtual sandboxes for apps and plug-ins minimizes risks to the user.
Sandboxes are a way to maintain and enhance your company’s reputation.
The alternative could be some really unwanted press.