When you’re watching the TV and see an advert 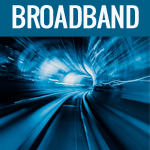 for unlimited broadband, you may think it sounds
like a really good deal. Unlimited, that means
no limits right?

So you’ll be able to browse all you want at the
fastest speed you can … or so you think. Depending on the
package you select, you may find your ‘unlimited’ broadband
actually has plenty of restrictions – so how can you check?

Lots of broadband providers cap the broadband usage of their customers to
restrict the amount of material they can download so checking for this is the
first thing you should do when seeking an appropriate deal. If you’re a user
who downloads frequently it’s important to read the terms and conditions
to find out if your broadband really is unlimited or not.

Some companies offer impressive deals free from download limits and Sky
Broadband’s ‘Unlimited’ package was reported as kick-starting a price war in Ireland back in February.
The service offered no download limits and unlimited local and international for a set monthly fee
which rivalled that of its main competitors Eircom, Vodafone and UPC with many speculating that
they would have to adjust their own packages to keep pace with Sky.

Some internet service providers cut their internet speeds when users have nearly
reached their downloading capacity. This means you may experience a slower
speed than the one that you signed up for.

The best way to prevent against this is to use a reputable broadband provider who won’t
cut your speeds in this manner. Some firms like Sky even offer a broadband speed checker
so you can have a look at the average connection speeds in your area before making your decision.

This is highly important as there are often regional differences for broadband speeds
with many areas performing better than others. A report on Silicon Republic but current
average internet speeds on the rise in Ireland with 21.9% of subscribers treated to speeds
of at least 10Mbps – an increase of 2.8% since last year.

Improvements in broadband services have helped to reduce this as much as possible and
according to a report from May 2013, further developments in broadband technology could
push internet speeds as high as 400GB/s – four times faster than the highest
speeds commercially available at present.

Once you’ve established what you can expect in terms of download capacities and connection speeds,
you need to look at the cost you’re paying for your internet package. This may depend on your
geographic location and the type of broadband service you have subscribed to with a report on
Silicon Republic revealing 97% of Irish homes have access to basic broadband but superfast
digital broadband has only penetrated less than half this amount (42.1%).

Those interested in upgrading may want to visit Sky broadband Ireland for more information
on their products. Combining internet services with home phone connections and TV or media
packages can help to keep core costs low whilst offering the full range of services and is another good option.