The Smartphone market is highly competitive, 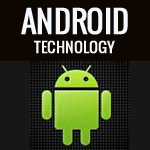 and 2014 is set to be a big year in the marketplace.
But what exactly does Android have on its cards
for the year ahead?

As one of the biggest contenders in the world
of Smartphone technology, the business knows
that it needs to come up with some strong offerings
if it wants to keep its position and continue
to attract tech savvy users.

Here, we take a look at what’s in store for Android Smartphones in 2014.

The biggest news is the rollout of Android 4.4 Kit Kat. It’ll hit a whole range of
smartphones as the year commences, and it’s already being greatly discussed
by the tech community. But what is it all about? It’s fair to say that it’s a pretty
significant update. As well as some design features such as bigger apps, there
are plenty of cool little extras in terms of functions. These include the new
Google Hangouts chat interface, and automatic caller ID for local businesses.

PHOTO CREDIT: Getallgames
So when exactly in 2014 will this update be available? Well, it’s a bit of a mixed bag.

HTC and Motorola have announced rollout in January, whilst Samsung and Sony
are being a little more secretive, and have only commented that the rollout will
be ‘coming soon’. It’s pretty safe to assume though that they’ll get the back
rolling as quickly as they can. Customers will only stick around for so long
if they aren’t being given access to the latest features,
and the manufacturers know that it can be a very fickle industry.

If one thing is for sure, it’s that the smartphone market as a whole will continue
to innovate in 2014. Businesses know that if they want a piece of the market,
they need to offer something a little different and appeal to the masses by
making their lives easier, more fun, and more connected. Whilst Android
and iOS have dominated the market so far, it’s possible that their smartphone
leadership will be challenged in the New Year. Both Jolla, a Finnish company,
and TIZEN, a company backed by Intel and Samsung, have big plans to get
ahead of the game. Click here to keep up to date with the latest technology news from Consumer Checkpoint.

Will Android be your choice of smartphone in 2014? Will be sticking with iOS instead,
or do you plan to try out the offerings of one of the new companies?

This article was brought to you by Ruth Richards on behalf of Consumer Checkpoint.
The news and reviews site tells you everything you need to know as a consumer,
to help you make more informed buying decisions and make your money go further.
Click here to read the latest content.

Home » Featured-Articles » Android Smartphones in 2014 – What to expect
a

Home » Featured-Articles » Android Smartphones in 2014 – What to expect
a